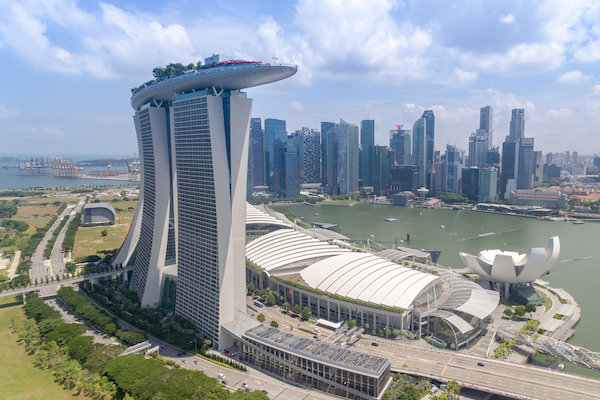 ​Back in 1996 when I first moved to Asia, Hong Kong was the place I was to call home for the next 3 years. I was so excited as it was common knowledge that it was the place for international talent and returning professionals to live and work and expatriates flocked to be part of the boom. I was working in Public Relations at that time and the Hong Kong Tourism Board was promoting the tagline “This Is Hong Kong City Of Life” which pretty much summed up what Hong Kong was all about. This was just pre the handover to China, when Kai Tak airport was still operational and visitors could still enjoy what was arguably the most amazing plane landing where you literally skimmed sky scrapers before jumping into a red taxi and enjoying the best Asia’s most advanced city had to offer.

Singapore on the other hand had a reputation for being sleepy, overly regulated and pedestrian. It has been referred to as Singasnore, Singabored, Asia in Diapers and even the less offensive Little Red Dot. However all these nicknames suggest a certain mediocrity of a place which always paled in comparison to its northern counterpart.

Fast forward 20 years and the country has just celebrated 50 years as an independent republic and the world took note. Earlier in 2015, Singapore’s founding father Lee Kuan Yew passed away earlier this year at the ripe old age of 91. This focused a spotlight on what an amazing politician had achieved during his time as Prime Minister and as a result, how far The Lion State had come in only half a century. From Changi winning the honour of best airport in the world year after year, to the incredibly economy to the efficiency of its public transport system and overall safety and multicuralism, Singapore took its place on the world stage and rightly so.

#SG50 has gone global and in true Singapore fashion everything from retailers to government bodies, have embraced the spirt to allow consumers 50% off, $50 off or discounts over $50 to signify the event. August 10th is the last day in a wonderful long weekend that saw fireworks, aerial acrobatics and the City lit up cloaked in the Singapore flag! For a country with a reputation for too many rules, this has been a period of only one which is to enjoy yourself whilst feeling a true sense of pride. I have been here for over 5 years now and I know I do.